Just like a James bond movie I woke to find a message from Michael Horsch to say get yourself to Germany. I booked my flight to Munich for later that day and the second message came, hire a car and drive to Prague. When I stood at the airport and the lady called over the speakers gate 14 to Prague or gate 4 to Munich I torn as to which gate. Luckily I went to Munich as the third message came meet me at a hotel at 6.30am which was only 160 km from Munich. When I arrived at 11pm I reflected on my day as a Nuffield. In the morning I had been about the farm, then meet the assistant chief constable at the police Hq to discuss rural crime on behalf of the Cla, two meetings at the farm and then sprinting to stansted to catch the plane once landed I was handed keys to a BMW, I sat in the car for about 10 minutes trying to work out what to do and how to get the GPS to speak English. I even down loaded a german to English app but it was hopeless. After driving around the multi storey carpark I found a man who could speak English. The gps was up and running and I was off. Cruising the autobahn at 180 km/hr. What a day! 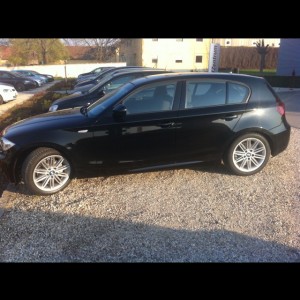